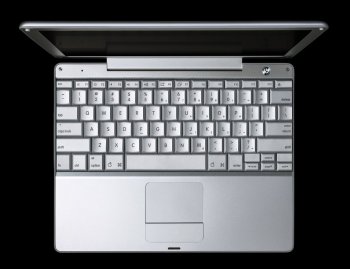 The hard drive on my Powerbook was giving up the ghost. First, it started making a high-pitched squeal. Then it started “sticking” intermittently – the machine would just hang there until I gave it a bit of a shake – very unsettling. Finally it just refused to boot.

Gentlemen, we can rebuild him.

Three weeks ago, I received my Powerbook 12″ back from Daystar technologies.

It left me with a 60 gig hard drive (dead), a 1.33 GHz G4 processor and 768 meg of ram. Having undergone essentially a brain transplant, it has returned to me with a 1.67 GHz G4 processor, a 120gig hard drive and 1.25 gig of ram. Total price including shipping was £437.88. Was it worth it? I only paid £850 or so for the thing off the apple reconditioned store in summer 2004. I could have bought a refurb Macbook for £580 today. So from a price / features perspective it may not have been the most rational choice. However, I really don’t like the Macbook — for one, I can’t see myself getting used to that keyboard and for another the thing’s just too damn heavy! I really like the form factor of my 12″ Powerbook so I was reluctant to give that up. But that was the choice I was faced with.
Well… having used it was three weeks, I have to say that the operation was a complete success.

The only issue is that this thing gets hot. Subjectively, it doesn’t get that much hotter than it used to. I can still comfortably use it on my lap. But the fan is nearly always running at low speeds. Before the upgrade, I only used to hear the fan kick in when I was doing something
comute-intensive (for example, the few times I booted up Second Life, it started to sound like a jet engine). According to my “istat nano” system monitor widget the normal operating (CPU) temperature tends to hover around 131ºF.

One other minor issue I had was with Apple’s backup software. Upon restoring, I found that, when asked to do a “full” backup of my personal folder, it apparently did not back up my iTunes music or my iPhoto photos. Luckily, I had recent copies of both on our home machine so I didn’t lose too much, but I found this rather annoying, to say the least. Something to watch out for.

The speed boost is definitely noticeable, and is probably due to a combination of all three upgraded elements (CPU, memory and disk driver — which is significantly faster than the old drive). The result is a machine which feels new, and which for my uses remains more than adequate.

Am I a happy customer? Definitely. Daystar was also a pleasure to work with. They were friendly and efficient and there was always someone on the end of the line when I wanted to know how things were going. It was only after receiving my Powerbook back, by the way, that I learned that the lead “tech” who had been working on my powerbook and who I had been talking to all this time, Gary Dailey, was the president of the company. Thanks, Gary, and all the rest of the Daystar staff for rescuing and upgrading my Powerbook!

Late-breaking news: there are renewed rumors of a light-and-thin Powerbook making its way into the Apple line-up sometime soon, so I am now doubly sure I made the right choice.

This site uses Akismet to reduce spam. Learn how your comment data is processed.

I'm an immigrant and US/UK dual national who has been living in London since 1999. I'm an advocate for emerging web technologies, the open web, open source and open data. I am co-chair of the W3C Technical Architecture Group. I was a founder and co-organizer of the Over the Air hack day series and of Mobile Monday London. I'm a former .com CTO. I'm currently working at Snyk, leading open source and open standards work.

For more info on my professional life, see my Linkedin profile.

I am tooting on Mastodon.

If you're curious where the nickname Torgo came from, I appropriated it from a character in the the movie Manos: the Hands of Fate via Mystery Science Theater 3000.

If you are so inclined, you may find my public key on Keybase.io.

Unless otherwise noted, this blog consists of my own personal views and is not endorsed by my employer or any other party or nation state.

This work by Daniel Appelquist is licensed under a Creative Commons Attribution-NonCommercial-ShareAlike 4.0 International License.